Note: Check back here for updates. We will provide a link or updates below with any changes or news on our Version 2 Launch. 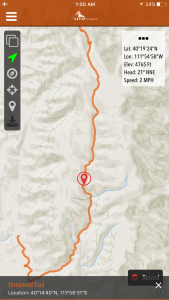 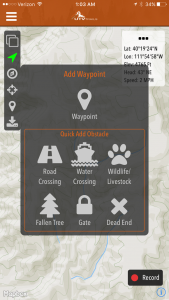 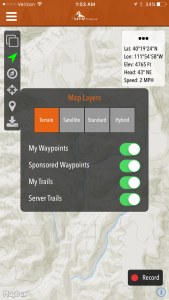 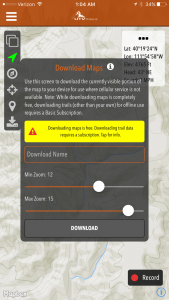 Alex here. I’m the owner and lead engineer of the UTV Trails app. I want to first start out by saying I am fully aware that our iOS version has had various issues during it’s first version, admittedly that rests solely on my shoulders. I made the decision last September to shift our focus off of that app, and on to developing an entirely new version of the app with two goals in mind:

I’m extremely excited to let you know that we have submitted our Version 2, which is a complete ground-up rewrite of the app and our servers to the app stores (both Android and iOS) for review. The new version shares the same code to run both platforms, which means we can make improvements, new features and bug-fixes once and hit iOS and Android with the same amount of effort!

In the coming days, we’ll hear back from Apple and Google and we’ll work with them as necessary to get the apps approved and launched. There are a few things you should know in advance:

All of the existing trails, rides, user accounts, and profile data have been migrated to our new server suite. The caveat is your password. We do not store passwords in plain-text. sparing you the nerd speak, we’re saying “it’s encrypted using a previous algorithm and we can’t decrypt it to use the newer more sophisticated algorithm we’ve moved to.” Once the App stores approve, and we release the new version of the app, you will need to update then tap the ‘Forgot Password’ link on the login page the first time and set your password. You will not be able to login until you do this.

If you are already a subscriber, and have purchased the Basic Subscription, you may notice that it is no longer shown in the Premium Features screen. We have renamed the subscription, and deactivated the old one. Rest assured, your subscription is still active and will continue to work until it’s expiration date. If you have ANY issues whatsoever, do not hesitate to email us immediately.

Any good Software Engineer will tell you that there is no such thing as no bugs, just bugs we haven’t found yet. We went through a rigorous BETA testing period with a number of very helpful volunteers who put the app through it’s paces. That doesn’t mean we haven’t missed something, and we’ll be on alert for any issues that pop up. We’re releasing this version to both iOS AND Android, which significantly increases the complexity not only because there are now two platforms, but also because Android is made up of a boatload of different devices. It’s impossible for us to test every scenario on every device. Just know that we are going to be watching for any issues that crop up and squashing any bugs that do exist as quickly as we can.

If you’re one of the people who never received your verification email, there are three things to know:

After the new versions launch, We will be shutting down our old servers. Because our trail data is delivered by our servers, the old version of the app will cease to work once this shutdown occurs. Make sure to keep an eye out for the update and transition to the new system (See item 1 above) once the update arrives.

In closing, we are extremely optimistic about the new version, and our new-found ability to pull our faces out of the programming-dungeons we’ve been in for the past year. We look forward to interacting with you riders more and bringing NEW features to the app instead of rebuilding ones that already existed. Realistically we know this version will not be flawless, but we will be vigilant in making sure we tackle any issues that arise. We hope you love the new version once it launches and we’ll be ready to fix the things you as a community don’t!

Thank you for using our app, and I personally hope to meet more of you on the trails!

Get The
Free App!

END_OF_DOCUMENT_TOKEN_TO_BE_REPLACED

Check Out Our
Online Store!

END_OF_DOCUMENT_TOKEN_TO_BE_REPLACED

We accept PayPal and all major credit cards.

Transactions are performed via a SSL server to ensure your privacy.